The Epsom Derby Festival is a prestigious two-day meeting of vital importance for thoroughbred Flat racehorses held annually in early June. It contains the most important British Classic race, The Derby, with winners assured of a post-racing stud career. This meeting also contains The Oaks, a race over the same course and distance on Epsom Downs for fillies of the same age. These races being restricted to three-year-olds has always been the concept of continuing bloodlines of the best thoroughbreds. Here, we look at the Epsom Derby betting offers, race information and even give tips on the big race.

A variety of Cheltenham offers

Read Review
Money Back In Cash Up To £20

Get Bonus
New customers only. Place your FIRST bet on any Football market and if it loses we will refund your stake in CASH. Max refund for this offer is Â£20. Only deposits made using cards will qualify for this promotion. T&Cs apply.
10

Get Bonus
18+ New customers only. Opt in and bet £10 within 7 days of registration. No cash out. Get 4x£5 free bets for selected horse racing markets. Free Bets expire same day they were credited at 16:50 UK time. Card payments only. T&Cs Apply, see below. begambleaware.org | Please gamble responsibly
11

Get Bonus
For new customers only - Bet £10 & Get £50 in Free Bets for new customers at bet365. Min deposit requirement. Free Bets are paid as Bet Credits and are available for use upon settlement of bets to value of qualifying deposit. Min odds, bet and payment method exclusions apply. Returns exclude Bet Credits stake. Time limits and T&Cs apply.
14

Get Bonus
New Customer offer. Place a min £10 bet on the Sportsbook on odds of min 1/2 (1.5), get £30 in Free Bets. Rewards valid for 30 days. SMS verification required. Only deposits via cards will qualify. T&Cs apply. Please Gamble Responsibly
15

Get Bonus
New customers only. Min stake £5. 5 X £5 in Free Bets, to be used on Racing. Min qualifying odds of evens or greater. Keep it fun. Set your deposit limit. T&Cs apply. 18 Plus BeGambleAware.org
16

Get Bonus
18+ begambleaware.org. New customers only. Min deposit £10. Place a £10+ bet on Horse Racing of odds 1/1 (2.00) or greater to receive your £30 bonus money once qualifying bet is settled. Free bets valid for 7 days. Horse Racing bonus money x1 wagering. £10 casino bonus will be credited the day after deposit. Casino bonus must be wagered at least x50 before any withdrawals can take place. Unless forfeited the sportsbook bonus must be wagered before using the casino bonus. Full T&Cs apply
17

The Cazoo Derby Festival 2021 took place on Friday, 4 June and Saturday, 5 June. Taking place on Epsom Downs Racecourse in Surrey, this is its traditional slot. Due to the delayed start of the Flat season last year, it was run in July. However, the Epsom Derby dates are back to normal now. The concept of racing three-year-old colts and fillies against each other to further the thoroughbred dates back to the Eighteenth Century. Neither the Epsom Derby nor The Oaks are the oldest Classic with that honour instead falling to the St Leger run up at Doncaster in Yorkshire. However, that race has greater significance and importance for the breeding of National Hunt types, because it is contested over a longer distance, rather that horses for the Flat.

Both The Derby and The Oaks are run over a mile-and-a-half with their winning horses expected to produce progeny that can excel in middle-distance races, drop back down to a mile or even step up into staying events. It can also be worth looking at beaten horses in either Classic who may have made late headway but lacked the speed to win with one eye on the St Leger later in the season.

The Epsom Derby race times always put the big races centre stage. This year is no different. The Epsom Derby 2021 is off at 4:30pm UK time with The Oaks taking place 24 hours earlier. You can learn all about other races at the meeting below.

There are more than just the Classics going on at the Epsom Derby races and its two-day festival. While everything builds up to the main events, the supporting cards always attract quality racehorses too. The Oaks and Epsom Derby start time are the same at 4:30pm BST on their respective days. See a day-by-day breakdown of all the action below.

Also known as Epsom Derby Ladies Day, the opening day of the Festival has seven races on the card. The events here range in distance from six furlongs up to a mile-and-a-half. Some of the races are also age-restricted such as the opener, the Woodcote Stakes, or only accept horses of a certain gender like The Oaks. There are three handicaps on the card, some with ratings ceilings on them, as well as conditions contests. Epsom Derby Oaks day contains two Group 1 events and three black type races. As well as the feature event, there is also the Coronation Cup for older horses and the Surrey Stakes, a Listed contest over seven furlongs for three-year-olds only. You can see the full order of running below:

There are again seven races on Epsom Derby day and all the action builds to the premier Classic. The Epsom Derby 2022 takes centre stage after two Group 3 races, the Princess Elizabeth Stakes for fillies and mares and the Diomed Stakes both over an extended mile, are run. Around these black type events are four handicaps including the Epsom Dash. That is one of the most popular Epsom Derby betting heats at the entire meeting. A sprint over the flying five furlongs with Heritage Handicap status, other contests on the card are run over a mile-and-a-quarter, a mile-and-a-half and six furlongs. You can view the full race schedule for Epsom Derby day itself here:

The top races as listed above are the Epsom Oaks 2022 and The Derby. These attract top three-year-old thoroughbred fillies and colts, so it’s worth looking at the Classics in more detail and knowing the top runners.

Either Newmarket handler John Gosden or Irish master trainer Aidan O’Brien has won each running of The Oaks from 2014 onwards. As the former doesn’t appear to have a superstar filly the calibre of Taghrooda (2014), Enable (2017) or Anapurna (2019), Ballydoyle maestro O’Brien has strong claims of a ninth winner of this Classic, according to the betting.

The ante post favourite for the Epsom Oaks 2022 is Santa Barbara, who finished fourth in the 1000 Guineas at Newmarket on just her second career start. A filly by Camelot, she won a Curragh mile maiden on racecourse debut last autumn. O’Brien had such faith in Santa Barbara that he pitched her straight into Classic company on her reappearance despite such inexperience. She ran green in the 1000 Guineas and was outpaced in the closing stages, but if coming on for the run is bred to get a lot further.

O’Brien has won four of the last six renewals of this race with Qualify (2015), Minding (2016), Forever Together (2018) and course recordholder Love (2020). Another of his hopes for the Cazoo Oaks 2022 is Snowfall. Despite only winning one of seven starts as a juvenile, this regally bred daughter of Japanese sire Deep Impact left all her two-year-old form behind her when making all and winning the Group 3 Musidora Stakes over an extended mile-and-a-quarter at York under a fine ride from Ryan Moore. The way in which Snowfall ran on strongly suggests she will get even further, so should be taken seriously.

O’Brien again has horses prominent in the betting on the Epsom Derby 2022 in Bolshoi Ballet and High Definition. The former is a progressive type who has won two of Ireland’s recognised Classic trials in the spring. Bolshoi Ballet is unbeaten in three starts at Leopardstown first winning his maiden there as a juvenile. He has since stepped up on that form with victories in the Group 3 Ballysax Stakes and the Derrinstown Stud Derby Trial. The only concern about the ante-post favourite is successful Epsom Derby horses have often proven already themselves overseas, and Bolshoi Ballet is yet to win outside of the Emerald Isle.

As O’Brien is also an eight-time winner this, including three of the last four runnings with Wings of Eagles (2017), Anthony Van Dyck (2019) and Serpentine (2020), it could also pay to look beyond the stable’s first choice. Many of those Ballydoyle trained Epsom Derby winners weren’t favourites, so it would be foolish to discount High Definition. Winner of the Group 2 Beresford Stakes as a juvenile, he was an eye-catching third in the Dante Stakes at York on reappearance when making late headway. If coming on for that run, then High Definition could have plenty to offer over further.

The only recent Derby winner not trained by O’Brien was Masar in 2018. There looks as though there could be a Classic hero in this year’s Epsom line-up courtesy of Mac Swiney. Trained by Jim Bolger in Ireland, this New Approach colt won the Group 1 Futurity Trophy at Doncaster on his final start at two. After not firing behind Bolshoi Ballet on his return, Mac Swiney dropped back in distance for the Irish 2000 Guineas and relished the testing ground. If the going comes up soft, then he has a chance.

It is always worth your while looking out for Epsom Derby offers when betting. There are sure to be plenty of deals and promotions on throughout the festival. These may cover all the Epsom Derby races over the two days and not just the Classics. 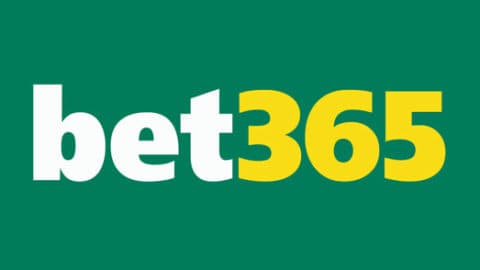 Bet365 Bet Boost - Cheltenham 2022
Available throughout the Cheltenham Festival.Get a bigger price on selected runners on all UK & Irish horse races
Go To The Deal 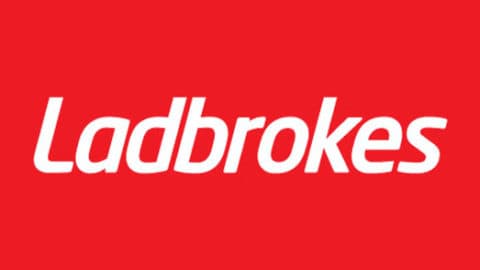 Ladbrokes One For the Boosters - Cheltenham 2022
LOG IN AND CHOOSE YOUR ODDS BOOSTSPick up your daily Odds Boost token to use on Horse Racing or the sport of your choice!You can check out which Odds Boosts are available to you right now, and what’s coming up later…
Go To The Deal 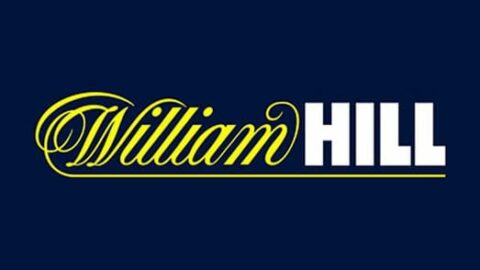 VBET Boosted Odds
Get boosted odds on a wide range of global sporting markets with VBET! 18+, T&Cs apply.
Go To The Deal 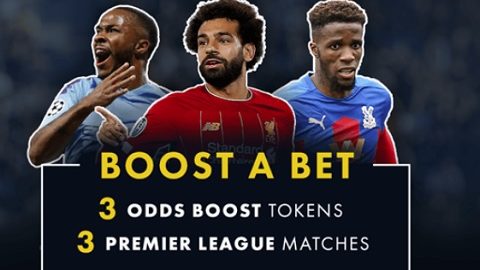 Grosvenor Premier League TV Odds Boost
Get odds boosts to use on selected Premier League games each weekend. Boost a bet on each of the three selected matches with three Premier League tokens. To take part, simply choose any bet, select Odds Boost on the betslip, place your bet (maximum £10 per boost), and repeat for all three matches. Odds Boost tokens are applied each week at Friday 5pm and are available on the bet slip when a qualifying bet is added. Maximum stake of £10 per token. Extra winnings paid in cash upon bet settlement. 18+, T&Cs apply.
Go To The Deal

Unibet Boosted Odds with Price Boost & Super Boost
Take advantage of Unibet’s boosted price on either individual runners or the whole field with Price boost & Super Boost. Pick an individual horse or the whole field from selected races and Unibet will give you a bigger price for your first bet on it. No opt-in required. Offer applies to selected races only. One bet per customer at boosted prices. Eligible accounts only, singles only, cash bets only. Offer eligible for BOG, standard Rule 4s apply, only applies to win bets and win part E/W bets. 18+, full T&Cs apply.
Go To The Deal

BetRebels Win More Bonus
Every time you add more selections in your betting slip, BetRebels will automatically give you an extra bonus, up to 80% more winnings. This offer applies only to events with odds 1.20 or higher and only these events count toward the calculation of the win more bonus. The max bonus per bet is 3500€. 18+, full T&Cs apply.
Go To The Deal

32Red Daily Horse Racing Price Boosts
Get more value for your money with Daily Horse Racing Boosts. All you need to do to get the best price the industry has to offer is to look out for horses that feature a price boost symbol (*) next to their name in every daily UK & Ireland meeting as well as when the show prices come in. 18+, T&Cs apply.
Go To The Deal 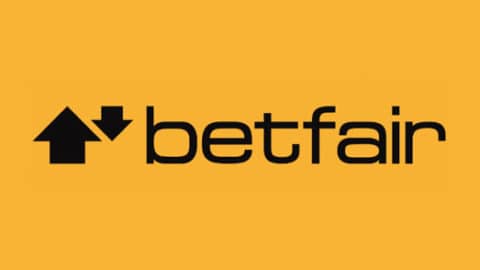 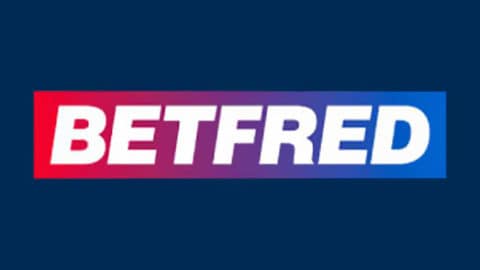 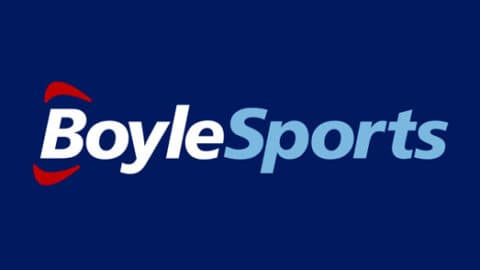